I am a child of the eighties, when technology was advancing slower, especially in the Eastern block. Every new gadget was a miracle, of which we spoke for days or weeks. There are two outstanding events that I still remember from my early childhood.

The first time my Dad put headphones on my ears. He had a Sony walkman, which in the mid-1980s was quite exceptional. He put the Boss’s Born in the USA tape in it, and placed the headphones on my head, and left the room.

I remember the guitar and the drums filling my ears and my head for the first time in my life. I was taken aback, I was shocked and entranced at the same time.
I kept running to the other room asking my Dad if the extremely loud music was not bothering him, or the neighbors.

The other story is about television. Back then, we had one channel in Hungary, and when Soviet leader Leonid Brezhnev passed away, his funeral was broadcast on Hungarian TV for a whole day, leaving us with nothing else to watch (at that time it mattered). His coffin was carried around Moscow through a huge crowd. These pictures burned in my head and for months I would act out Brezhnev’s funeral with my sister: I was Brezhnev, I lied on the floor motionless, and my sister dragged me around our flat by my ankles.

For me, technology is fun, just like Sigma Technology is. An abundance of opportunities, new things to try. A great chance to keep up with the world, and do so in a very stressless, cheerful and calm environment. 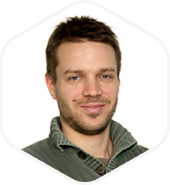