It sounds anecdotic, but this is what happens to people as we get more and more experienced as time flies (less sophisticated: as we get older), the story goes like this:

Two decades ago my father got us an IBM PS/1 personal computer, back in those days the specs didn’t count that much, but as a fun-fact I let you know that it was running DOS 4.1 with a 16 MHz CPU and with an overwhelming 2 MB RAM. In those days it was a big deal if someone had a PC. I remember when we installed the Windows 3.1 on it, to run the Win environment I had to type “C:/win”. I also remember playing my first games on the computer, staring at the curved screened, colored monitor; as I write these lines, I almost can feel those swappable keycaps under my finger tips. As Bryan Adams sung it: “Those were the best days of my life”. Prince of Persia, Dangerous Dave in the Haunted Mansion and Return to Castle Wolfenstein were the games that made my days back then. 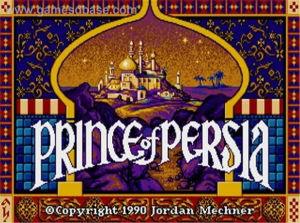 My careless childhood was about to get a flaw, as a teenage girl I had to face the disturbing truth: our family computer outdated, what a shame in the school. My dad replaced that old junk, that I liked so much with a newer, more competitive one with a 300 MHz CPU, and with 64 MB RAM. Just imagine how that difference felt to me, the affordable computing power became tens of times greater in 3-4 years. For me that meant smoother characters and less loading times at my favorite games. These upgrading steps are repeating ever since. “Moore’s law” is the observation that, over the history of computing hardware the number of transistors in a microprocessor doubles approximately every two years.

As I got “more experienced” I learned that our modern society is built on technology, microprocessors are driving everything.

Sometimes I see posters, ads with a man standing on the moon and a thought crosses my mind: in the 60’s they made it to the moon with the computing power of a poor smart watch, how far could we go with these ultimate informatics, communication systems, with the quantum computers?

I realized that technology is not just a field of science, nor just a job, it is our modern way of life, we are living it. Technology evolved its own “language”, and at Sigma Technology it is our duty to make this language comprehensive to users, may these be other engineers, technicians or end-users. We are the “interface” between the idea/intelligence and developers/users. 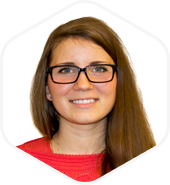