My fascination with technology started at an early age, about the time that I started school. The first “Hi-Tech” stuff I was allowed to tinker with was a radio, which I tried to boost the reception of to get better reception on the AM-band. Other than listening to lots of music I learned the basics of soldering.

One school break in the third grade a friend of mine pulled out a shiny little plate that looked like a calculator but better. It was the first portable gaming system that any of us had seen and we were immediately smitten.

In this game you were a kind of diver that had to go to the bottom of the sea and collect treasure without being taken by the tentacles of the octopus. The first thing I did when I got home that day was to call my dad and told him we needed to go shopping. My dad also likes tech-gadgets, so he needed very little coaxing to meet up in town and buy one for me. Unfortunately, they were out of the Game & Watch diver game so I got Parachute. It was sadistically difficult and it was impossible to rescue all the little parachute guys from being eaten by the sharks. This little device got me even more interested in technology and computers.

Even though I had seen and played around with computers they were still expensive and just creating programs in BASIC for oneself did not seem very interesting.

Then the movie that changed everything appeared, “War Games”. If you haven’t seen this movie and are working at Sigma you need to see it immediately, pretty sure it’s required according to one of the ISO-standards. In the movie a teenager hacks what he thinks is a gaming company and from a list of games, like Chess and Poker, selects Global Thermonuclear War. This leads to all kinds of marvelous hi-tech hijinks where he almost starts World War III by accident but he who dares wins. I remember leaving the cinema that night with a completely new focus which has stayed with me ever since. 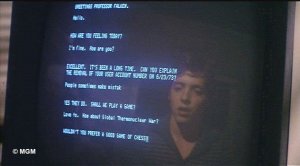 It was also the first time I had seen anyone use a modem and call another computer. After looking into this, the librarians at my local library weren’t thrilled that I put them to work. Finding any information of course took time since nothing was available locally but had to be ordered from elsewhere. Reading whatever I could find I realized that one could communicate with others and the lightning speed of 2400 baud. This lead to buying a computer of my own and exploring the wonderful world of BBS’.

I think that lessons learned in my youth are still applicable today. It feels great to work in a fast changing industry where you have to be an early adopter and keep your eyes open in order to keep up. Luckily this is more fun than work for me…

How about a game of Global Thermonuclear War? 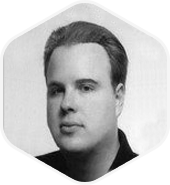