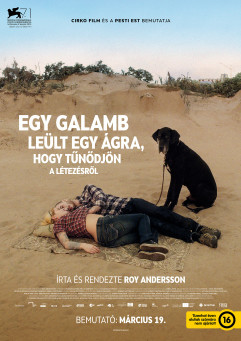 The title is a reference to the painting “The Hunters in the Snow” by Pieter Bruegel the Elder (1565). It depicts a rural wintertime scene, with some birds perched on tree branches. Roy Andersson says he imagined the birds in the scene watching the people below and wondering what they are doing.

“Cinematography is a huge layer of art and an integral part of our lives,” says György Nagy, Country Manager at Sigma Technology Hungary. “Introducing people to a good film helps to develop cinematography as an art form, not as a commercially viable business. Therefore, Sigma Technology was glad to become a sponsor of the movie premiere in Hungary. We are looking forward to watching the film, marked with the highest award at the Venice Film Festival.”