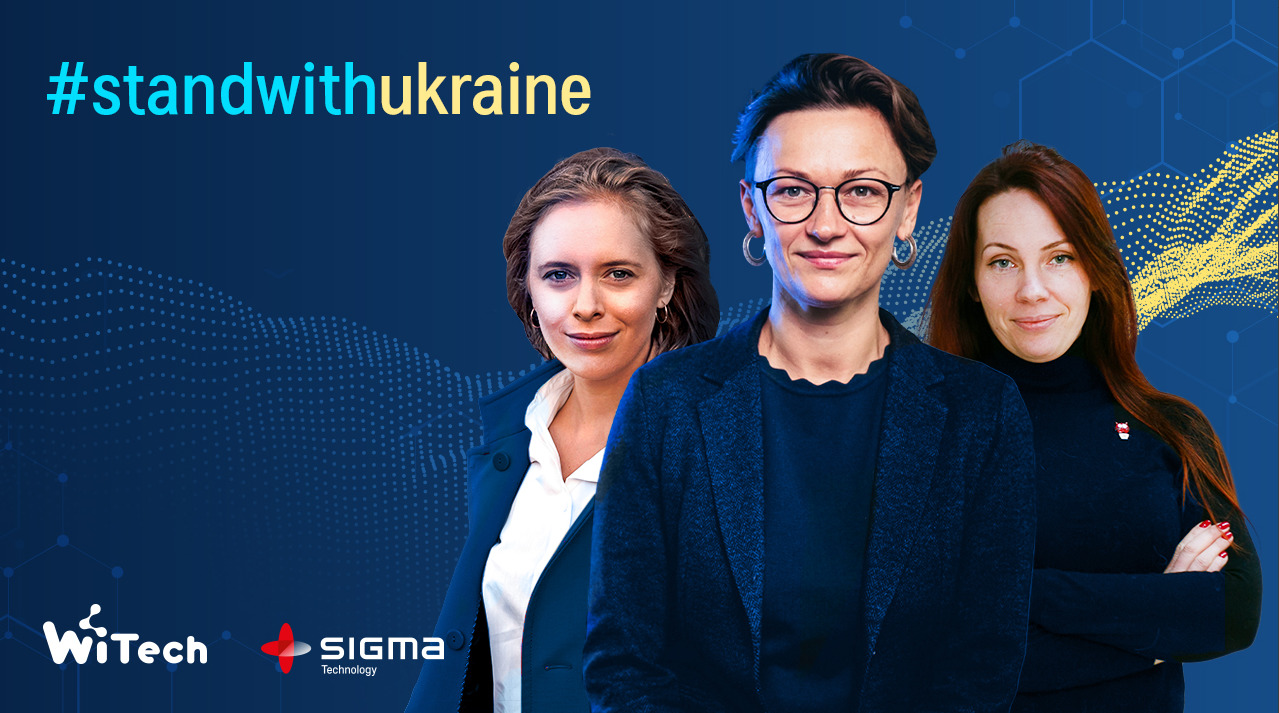 How can the Ukrainian digitalization journey continue during the war and how can Swedish companies and individuals help both people staying in Ukraine and the ones moving to Sweden? Those were some of the questions discussed during WiTech’s Tech Talk hosted by Sigma Technology in Växjö on March 30. Over 40 participants from local companies, academia, and the public sector attended the event.

Russia’s invasion of Ukraine has changed the lives of over 44 million Ukrainians, forcing almost 4 million Ukrainians to flee the country, causing thousands of civilian casualties, and creating a humanitarian catastrophe in several of major Ukrainian cities.

The strong spirit and dedication of Ukrainians touched the hearts of many people and countries around the world. During this Tech Talk, we talked about the digital transformation that Ukraine has made in recent years and the role of IT, Communication, and Technology in times of war.

“The Ukrainian tech landscape can be described as an IT wonder. Today, the IT industry employs 290,000 people in Ukraine. The country has just over 5,000 IT companies, which account for about four percent of GDP. The country was also the first in the world to introduce a completely digital ID document via its mobile platform Diia”, shares Nataly Lamkén, Board Member of WiTech and CCO at Sigma Technology Group. “The way how Ukrainian IT community is built, with over 20 IT clusters around the country, helps companies unite during the war and together react fast and make a real impact to help the country by donating to humanitarian needs and to the Ukrainian army, paying taxes in advance to support the country’s economy, and volunteering supporting the cyber army.”

The evening kicked off with an introduction to the Ukrainian IT landscape and later turned into the panel discussion with Elena Marchenko, Head of Marketing at Sigma Software, and Hanna Khrystianovych, Digitalization Program Manager at Sigma Software. Both Elena and Hanna had to leave Ukraine due to Russia’s invasion of Ukraine and are now establishing a new life in Sweden. Sigma Software, part of Sigma Technology Group, has had a thorough business continuity plan since 2014 that includes both evacuation and reallocation. During the first two weeks, the company has evacuated 2800 employees with families to safe places. Today, 95% of employees are working on their projects.

Elena and Hanna shared unique insights on how we can support people in Ukraine.

“Many are now wondering what can be done to help Ukraine and its people. I think it’s giving us the possibility to continue working. Most of my colleagues who stayed in Ukraine find it vital. Both as individuals who want to make their living and do what they are good at. And as citizens who need to support Ukraine’s economy through the war to then be able to rebuild the country,” says Elena Marchenko.

“Continue supporting the country financially, both by raising money and by buying Ukrainian goods and services, hiring Ukrainians. For the Ukrainian refugees who come to Sweden, in addition to housing, food, and clothing, social contacts are important. Being welcomed and introduced to the country means a lot. For example, even meeting over lunch can be a way to help,” adds Hanna Khrystianovich.

Raising the topic of Ukrainian IT and how the country can be supported was an obvious choice for WiTech.

“WiTech’s goals and mission, in addition to networking and creating role models, are also to inform and enlighten. We think it is obvious to highlight and contribute to the dialogue around the situation in Ukraine. And there are many people who want to talk about this and to help, especially in the IT Tech industry, so this is simply a channel to spread awareness,” says WiTech Chairwoman Jeanette Schwartz.

Would you like to join the coming WiTech events? Become a member and follow the network on witech.nu and social media.

WiTech wants to create a meeting platform and networking for both students and companies with the aim of raising female role models and inspiring the younger generation to invest in a career in IT. At present, WiTech has over 200 members representing more than 30 companies in Kronoberg and Kalmar.

WiTech is a non-profit and independent association and is run by a board that brings together representatives from both business and academia. Chairman of the Board Jeanette Schwartz, TietoEvry.

For a complete picture, visit sigmatechnology.com.

Sigma is owned by Danir AB and has more than 4 600 employees and a network of partners in eleven countries. 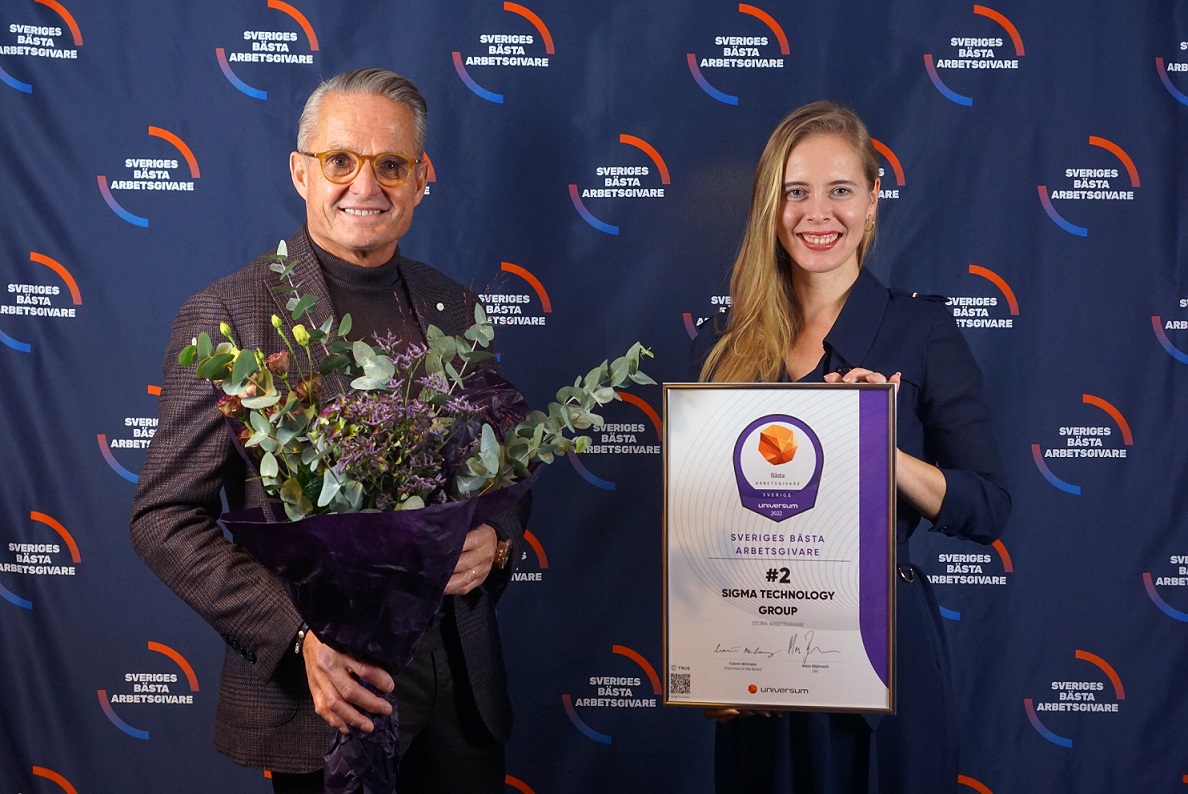 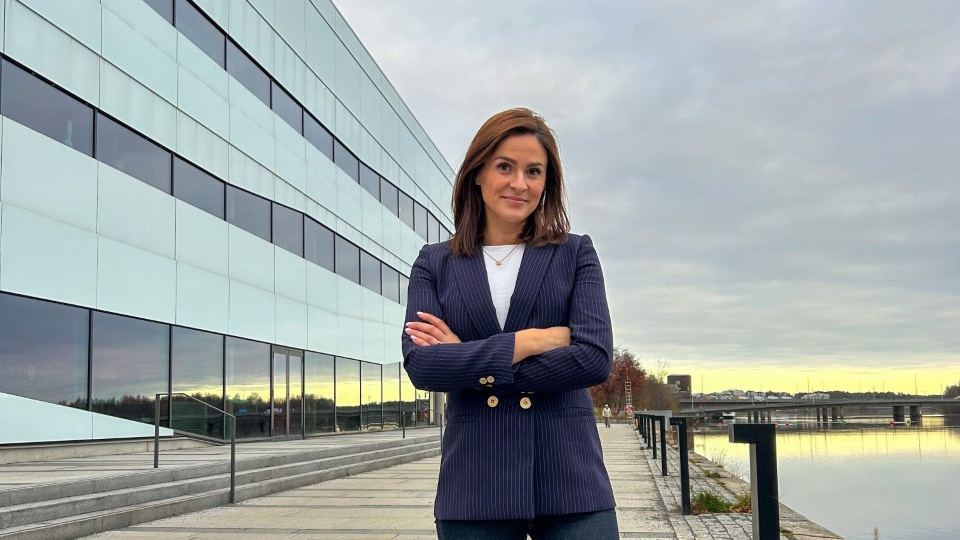 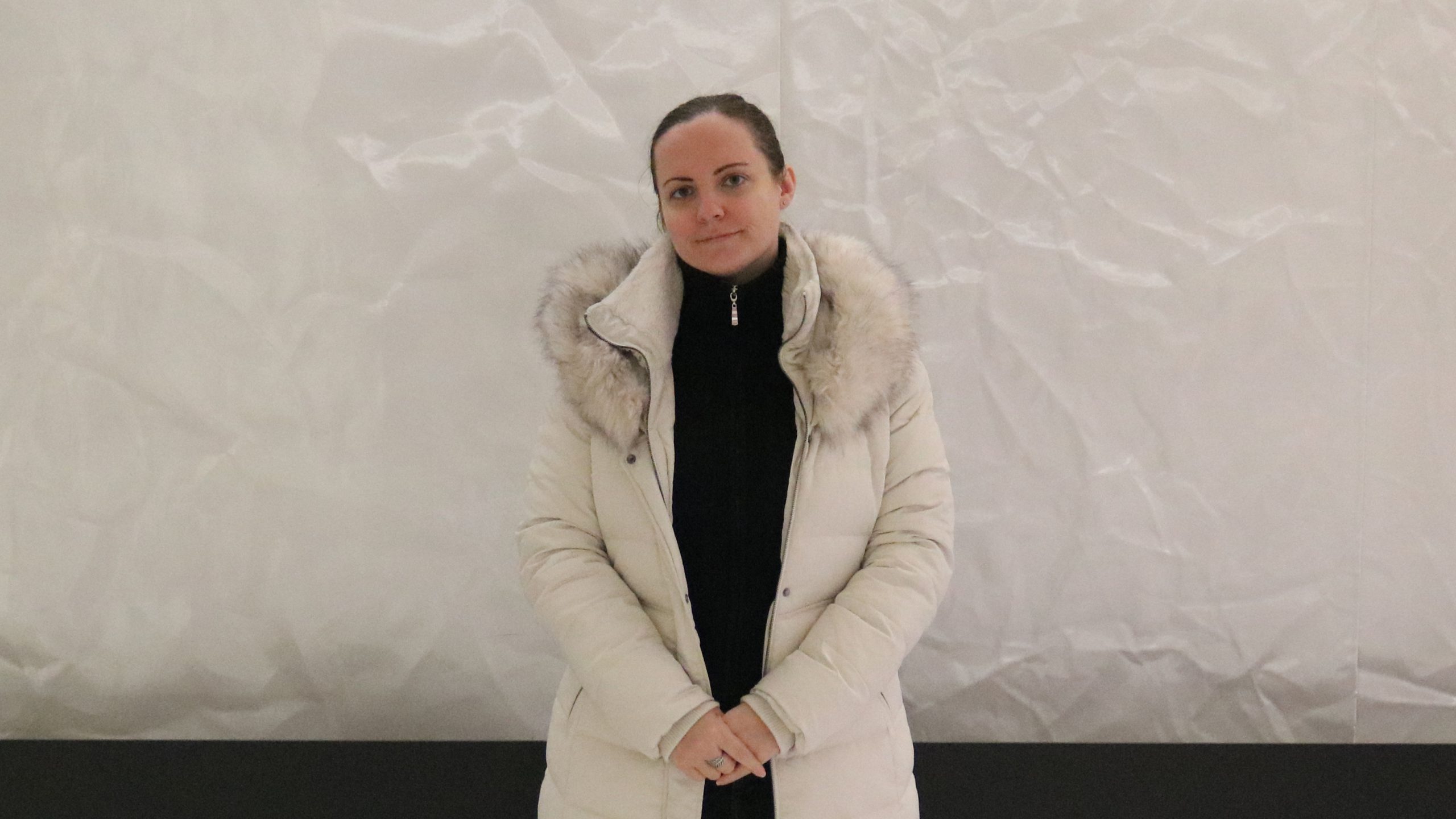 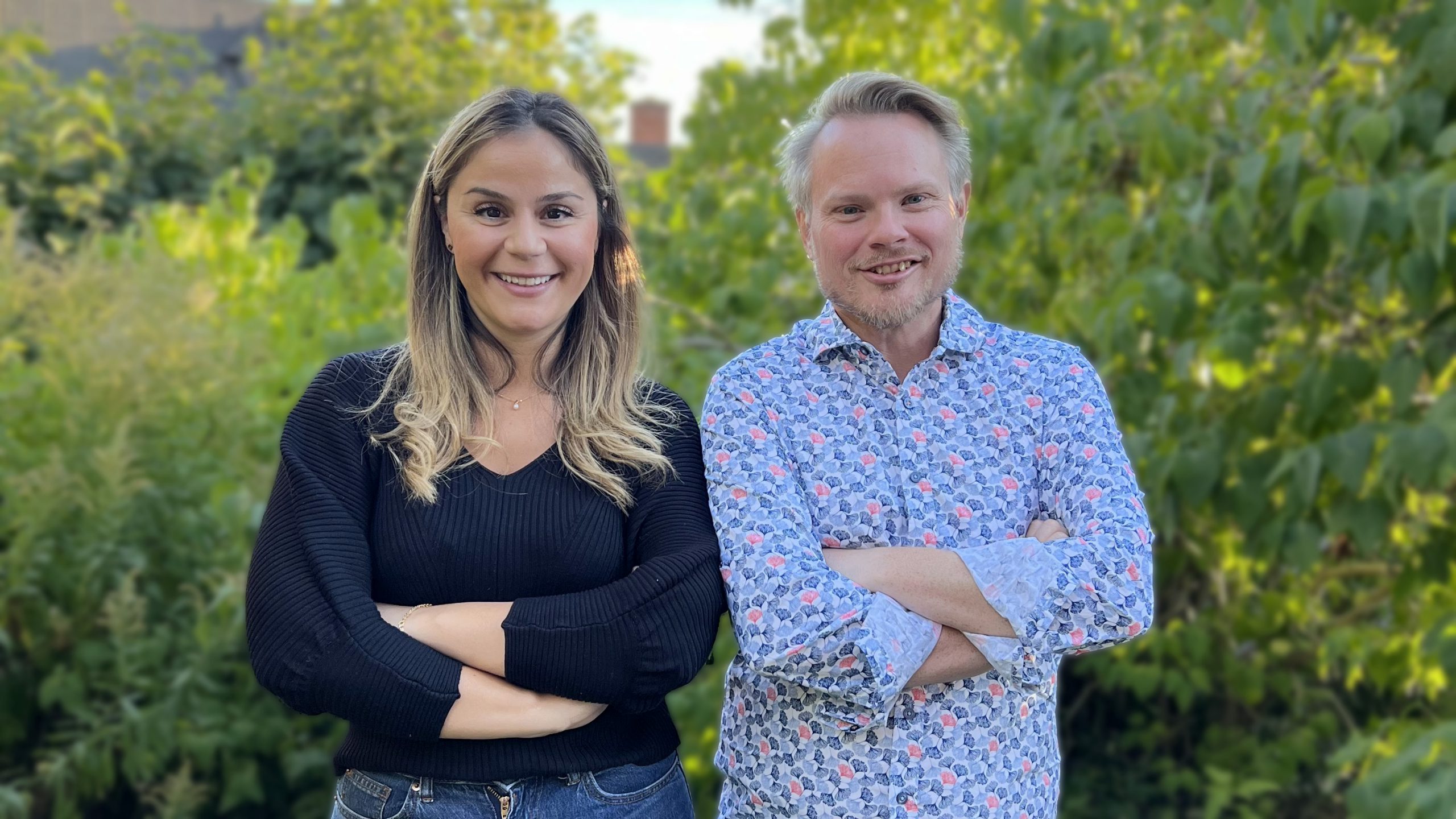 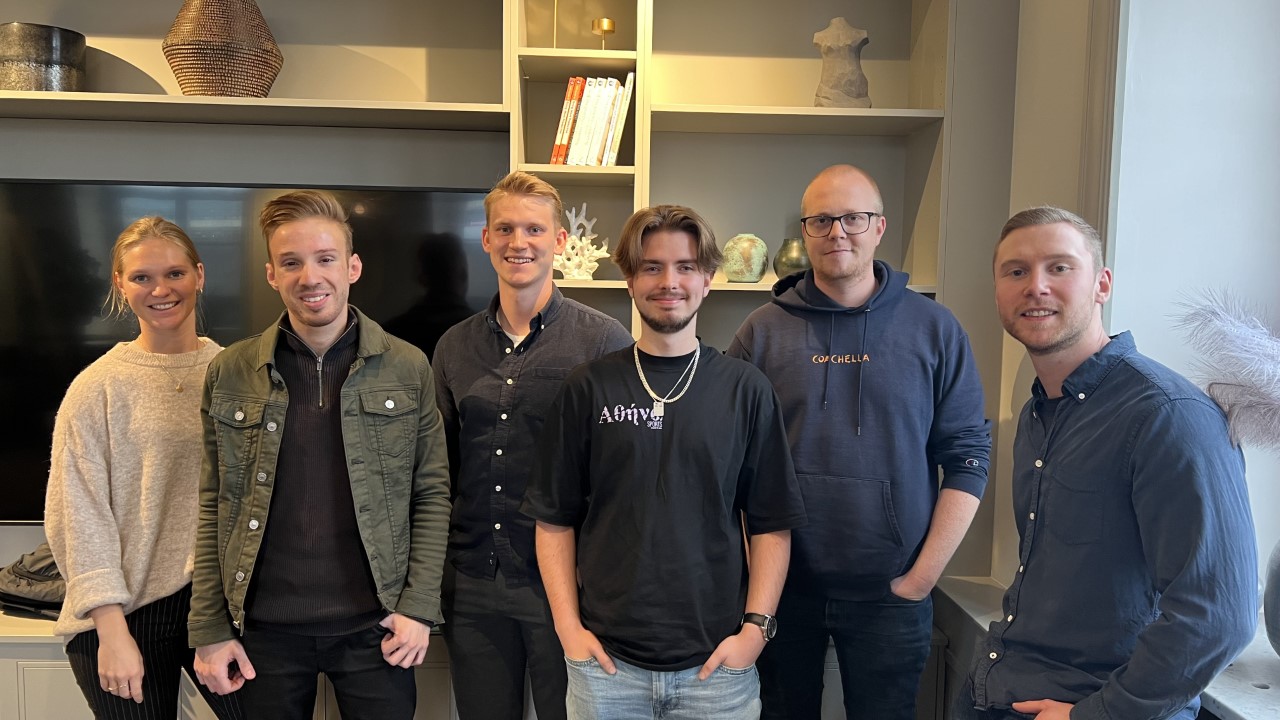